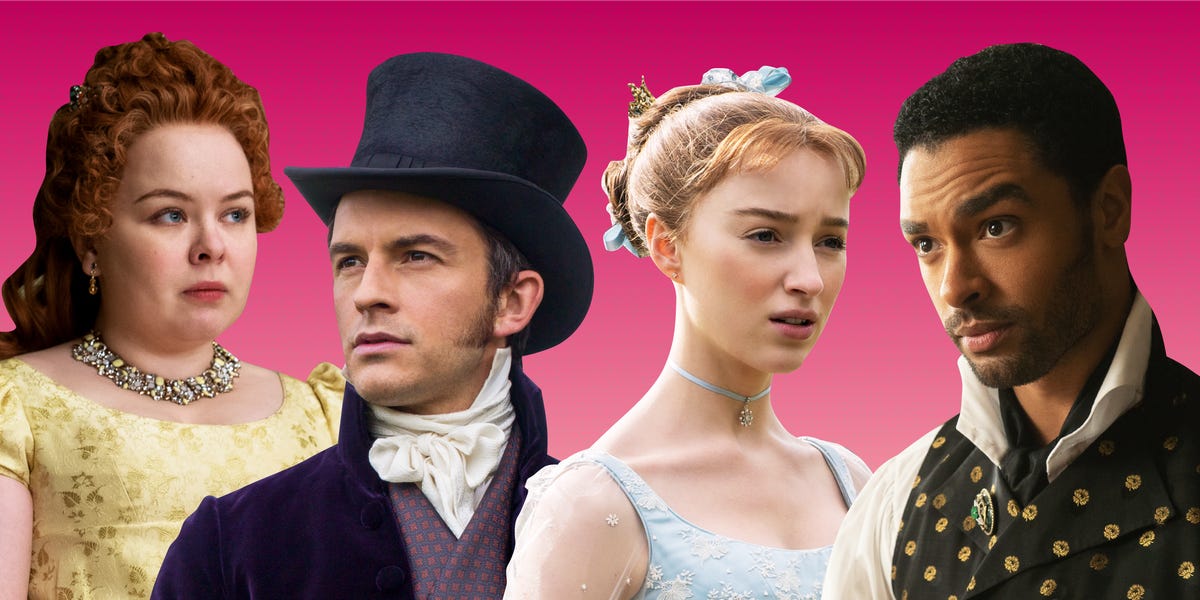 Insider spoke with Julia Quinn, the author of the “Bridgerton” book series, about seeing her work adapted for the screen.

Neverending Bridgerton news! If you haven’t heard the latest, reports are already on the Internet about Season 4. If you’ve missed the others, here’s the scoop on Seasons 2 and 3 as well.  They are currently filming Season 2, scheduled for release late this year on Netflix.  Follow the article to read more.

Season 2 will focus on Anthony, the eldest Bridgerton sibling, as he looks for a viscountess. Because this tracks with the trajectory of Julia Quinn’s novels, on which the show is based, we can safely guess that future seasons will each correspond to a different book. Season 3 will be Benedict’s story, and Season 4 will match up with Quinn’s Romancing Mister Bridgerton, which is all about Colin and Penelope.

Unfortunately, readers who want to get a jump on the just-announced second season by reading about Anthony’s search for a wife in The Viscount Who Loved Me (or just read all eight books for the heck of it) are being met with one dead end after another as the Bridgerton books are becoming harder and harder to come by. According to Quinn’s newsletter sent out to fans, her publisher Avon (HarperCollins’ romance imprint) “is printing them as fast as they can.”

Almost one month after the hit period drama Bridgerton was released on Netflix, sales of the same-titled book series by Julia Quinn have exploded, with the first book securing the number one spot on The New York Times’ bestsellers list. Other novels in the historical romance series aren’t far behind.

“Quinn hopes the Netflix series might draw more attention to the genre.”  We can hope!

Julia Quinn, the Seattle-based author of dozens of bestselling historical romance novels (whose real name is Julie Pottinger), is on the phone, remembering the moment she learned that her series of books about the Bridgerton family in Regency London was headed to the screen.

So my recommendation to you: If you have read the books, try NOT to compare them. You can’t. They are completely different, except for the names of the characters and a vague sense that you are in a historical England. If you want to see the books brought to life on the screen, simply trade in your paperback for a Kindle.

Source: Bridgerton on Netflix Has Very Little in Common with the Books – Paste 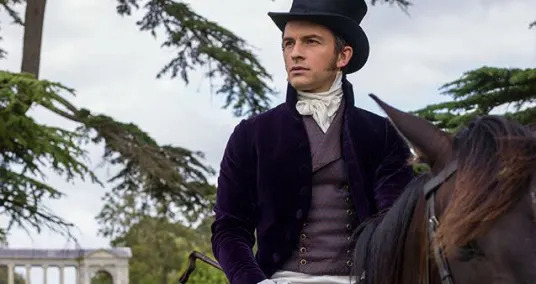 In the shows final seconds, the camera pans over to a single buzzing bee on a windowsill—but the scene lasted a bit too long, suggesting that the bug was alluding to something and wasn’t just an aesthetically pleasing image of an insect. We break down what the bee signifies below and how it hints at what’s to come for season two and Anthony Bridgerton.

Source: The Bee in the Bridgerton Finale Could Hint at the Plot of Season 2

No news yet, but the speculation is out already. If there is a season two, I imagine it will be well over a year until release. (Still wish they’d do a season two of Sanditon.)

Julia must be extremely happy, as the release of Bridgerton – The Duke & I on Netflix, has soared many of her Bridgerton series books to the top-ten best sellers in the genre.

In fact three of them, are on the entire best-sellers in Kindle eBooks. As of this post, Bridgerton: The Duke and I (Book One) is at #3, Bridgerton Collection Volume 1: The First Three is at #6, and The Viscount who Loved Me: Bridgerton is at #9.

Read more about the new Netflix Bridgerton series coming later this year based on Julia Quinn’s series.  Here are the cast and an interesting article, commenting on the casting versus reality in the historical romance genre. Talia Hibbert makes a good point.  Read below.

“No-one cares that the historical romance genre is built on a throne of lies, because it’s bloody romance! The clue is in the name! These! Stories! Are! Romanticised! They are, like all fiction, mere constructs of reality based on the author’s perception of their audience’s desires. And that’s okay! Except, apparently, when it comes to people of colour.”

Source: Race and Historical Romance, or: The Duke is Black, Now Deal With It. – Talia Hibbert

It’s the first Netflix outing for Shonda Rhimes.  Julian Quinn is living the dream with her new series coming to Netflix.

Source: Netflix’s Bridgerton: Everything you need to know

Set to debut in 2020, ‘Bridgerton’ is based on a series of historical romance novels by bestselling author Julia Quinn.

We keep you up to date on all the news about the new Shonda Rhimes Netflix series, ‘Bridgerton,’ based on the bestselling historical romance novels by Julia Quinn.

Source: Shondaland and Netflix’s Bridgerton series: Everything we know | EW.com

Julie Andrews is set to voice Lady Whistledown in Netflix and Shondaland’s Untitled Bridgerton Project, based on Julia Quinn’s bestselling series of novels.