Ah, the dictionary — it gives me the exact words to describe this post. RUT – “a habit or pattern of behavior that has become dull and unproductive but is hard to change.”  Thank you, Google Dictionary.

Already, I sound a bit snarky. However, historical romance has definitely fallen into a few ruts along the road, and I question whether we need a change.  You may discover that I’m a rebel at heart.

This morning while scanning the bestseller list of Victorian historical romances on Amazon Kindle, I counted 39 out of 50 covers that consisted of one thing – a woman in a flowing dress.  Seven covers added a male alongside the flowing dress.  Two covers had a male and no female. The remainder – one with a ship on the cover and one with multiple women (a box set of brides for historical western).

My question – what is it with dresses?  Why am I finding this trend monotonous?  Like the proliferation of dukes and Regency era stories, historical romance has carved out an obvious ongoing path that doesn’t seem to vary much beyond those boundaries in the top 100.  However, the path must be a popular one because these are the books that are bestsellers. 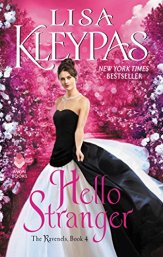 Historical romance is a far-reaching genre that includes eras, storylines, and cover scenes that can be just as interesting and romantic. Personally,  I would love to see this genre stir the pot a lot more to include anything other than a woman in a flowing dress to attract attention. I suppose we could blame the traditional publishing houses for continuing to proliferate that scene and those who follow to blend into the scenery.

To add to the problem, covers don’t always depict dresses that are historically accurate when it comes to fashions, i.e., Victorian bustles rather than the Regency empire waists. One of the most recent examples is Lisa Kleypas’s, Hello Stranger, in a modern gown released by Avon who is supposedly a physician in the Victorian era.  A bit of buzz has surfaced about the choice, but all of the gowns of that series appear out of place.  Thank goodness for great sites like Period Images that attempts to give more accuracy to fashions when it comes to cover models.

Well, in any event, this morning was a downer as my eyes were accosted by 39 covers of flowing dresses.  Is it just me in a state of perpetual boredom or do others share my views?

I suppose the old adage if it ain’t broken don’t fix it, but something tells me the longer we stay in the ruts we’ve created, the genre will never change as a whole. Hopefully, that doesn’t lead to a slump of interest in historical romance overall as readers burn out over repetitiveness.  We could be doing more damage than good.

One thought on “Is Historical Romance in a Rut?” 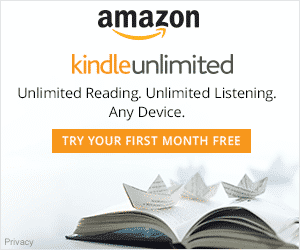